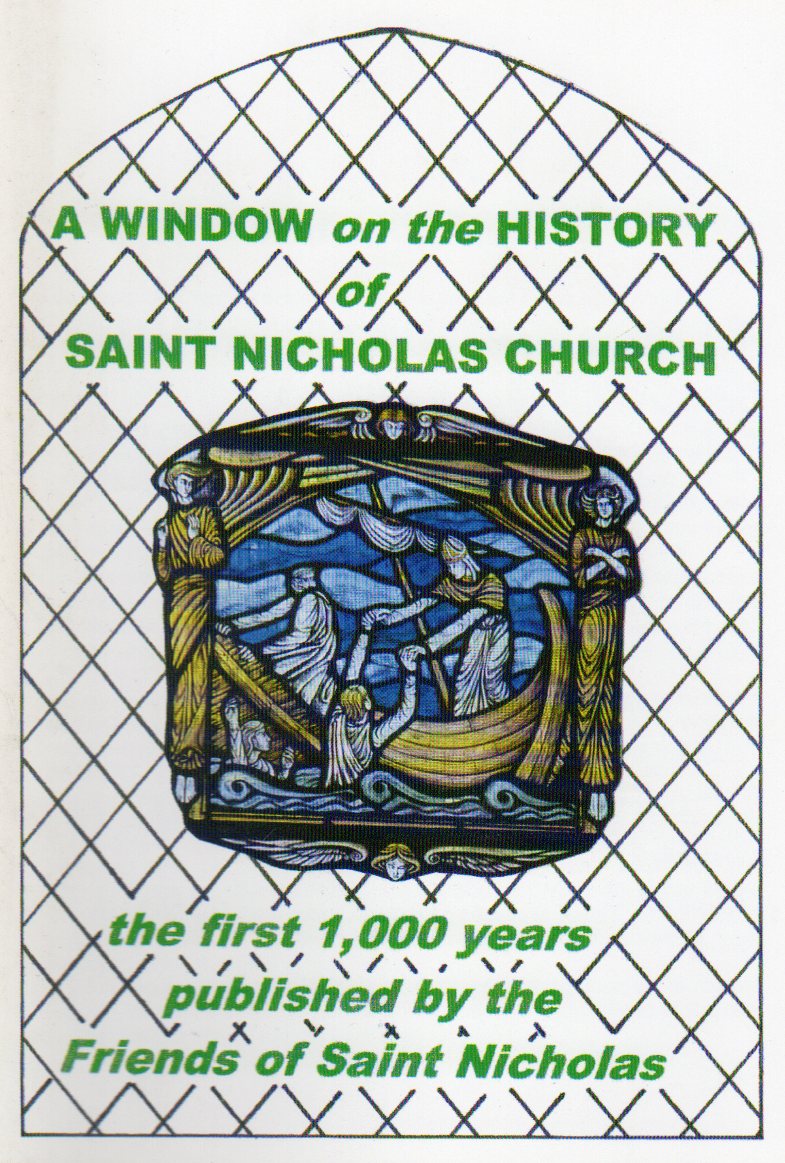 A booklet, written by Arthur Hamilton in 2002, describing the history of St Nicholas’ Church from the late tenth century to present days is available for purchase.

A unique late 18th century church building and community centre, St Nicholas Church guards the southern entrance of old Warwick. The present Church was built in 1785, replacing a decaying mediaeval church, the roots of which lay in a former Saxon nunnery on the site.

The church and its parish are an integral part of the rich historical heritage of Warwick and its castle, its Saxon origins pre-dating the Norman Conquest.  Its links to the castle and to the large St Mary’s church in the centre of a town, which is, and always was, pre-industrial revolution, the county town of an important area of our country, covering what is now Birmingham.   The Earls of Warwick played a very significant part in the history of Mediaeval England (vis. Warwick the Kingmaker), and the Church of England was, and still is, part of the legal heritage of our country, with its constitution governed by Parliament. It is a little known fact that every resident of the parish on the civil electoral list is entitled to vote in the election of Churchwardens at the Annual Paish Meeting.

Few new churches were built at that time, after the short period of classical revival church building in the style of Wren. St Nicholas is an unusually fine example of Gothic revival architecture, pre-dating the Victorian excesses, and displaying a rare, delicate, simple style. This creates an unusual Church worship and community centre.

the famous painter, Canaletto visited Warwick on at least two occasions in the 18th century due to the patronage he received from Francis Greville, Lord Brooke.  During his visits he made a number of paintings of Warwick Castle. St Nicholas Church is also depicted in one of these paintings. More information about the painting and Canaletto’s connection to Warwick can be found here

Internally the unusually fine columns support a squared capitol, from which rises a very shallow vaulted plaster ceiling.  With only four free standing pillars, the essence of the building is a light and airy square space with large decorated style windows.  Originally built with a small rounded apse, the former chancel arch has been filled in, hiding behind it a heavy later Victorian, dark chancel.  This is now divided horizontally into two floors, creating valuable activity space, sustained by kitchen and toilet facilities.

The approach to the church through the space beneath the western spire leads to a ‘welcome’ area beneath the western organ gallery, more reminiscent of a Wesleyan chapel!  This provides a seating and meeting area, with a removable glass screen to the main church space, with modern toilet and full catering facilities, the latter with lifting shutters into the main church area.

The present Church is still regarded historically as the Castle’s Church; hence the Earl of Warwick is a patron. Connections with the Castle go back a long way and our links are still strong today, for example, our Choir sings on the Castle Tower at sunrise on Ascension Day.

The overall result is a 200 year old Gothic style people’s centre for worship and prayer, doubling as a pleasant area for events such as the Christmas bazaar, meetings, concerts, church parties, as well as the formal worship of a live church community in the 21st century.

The church is open for visiting:

For information about our Church Organ, please see here

For information about our Church Bells, please see here